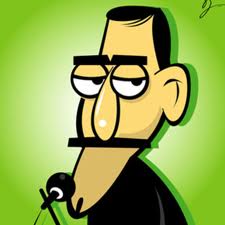 The experience of watching movies on a big screen is different. It leads you to a new world, an amazingly wider world of reality and fantasy. But watching a movie in cinema halls in India is just that – watching, and not enjoying. It depends a lot on the projector, it’s operator, the crowd, the atmosphere that the cinema halls gives you, the screen, sound and so on. If one of them fails, you would never be able to appreciate a movie for what it is.

In some theaters, they project a 70mm movie in 35mm on a 70mm screen. Sometimes it goes out of focus, scenes slightly blurred. When you watch a 3D movie, which is supposed to give you a more real cinema experience, you can see some folds and dirt marks on the screen and so you end up constantly reminded that you are ‘watching’ a movie. Sometimes our good old ‘film editors’ in the projection room do their own cuts and edits. So you abruptly jump between frames or scenes. Audio in some theaters, even the ‘good ones’, turns out to be just ‘noise’ sometimes. The ambiance that the movie halls provide also matters in enjoying a movie or giving your full attention to it. In some theaters, you’d wish they had a better cooling air conditioner and in some others you wish they had a heater. Then there is the crowd. Some would push you to the sides of your chairs and some would play games to win the space for arm rest of the chair.

You think multiplexes are good, but they are a vast abode of bored people. Some of the problems mentioned above apply to multiplexes too (or at least the ones I went to, in Bangalore). And if you are watching a Hollywood movie, you are doomed. People would laugh out aloud even at the silliest joke in an English movie which does not usually happen when they watch regional language movies. You would be left wondering if the joke was something that you did not understand because of the language. I’ve felt it as if the multiplex audience, while watching English movies, wants to convince others that they do understand the language (which is – understanding English language – considered as a sign of education and intellect in India). So you would end up hearing laughter outbursts every now and then with a semi-loud chatter. As an aside, it is largely in two types of places that I have seen people trying to convince others, mostly strangers to them, that they do understand the language and appreciate cinema – in multiplexes and film festivals.

When I watch a movie in my laptop or at home theater, none of these problems affect me. The only thing I really miss is the screen size. There are many advantages to watching a movie at home. I can adjust the light and sound as I like it. That gives me a feeling that I am also being a part of the movie presentation. Ebert says, ‘projected’ is good. I think it is eery. It gives me a feeling that somebody is hiding behind me to control what I see. That doesn’t feel free. When I was a child, I used to look behind to the source of light that came to the screen (I admit that I was just curious back then, than being frightened). When the movie originates on screen, it is like a gift that somebody’s offering you, from right in front of you. It’s a call, that says, ‘come, let’s take this trip together‘. And when I am at home, and have the freedom to control the presentation of a movie, I’m also being a part of the movie. That makes me feel good.

When I watch a movie at home, I don’t have to control or hide my feelings. I don’t have to be socially conscious. I can weep if I want to or laugh out loud when I want to. I don’t have to wipe my tears before people see it. I don’t have to worry about people seeing me weep like a baby. If it is a DVD, I can read the sub-titles at places where I did not understand the spoken language (even if it is English). I don’t see pause and rewind as an advantage though; I think it’s a distraction. When it’s just me and the movie, the line of distance between us is blurred. Sometimes I can touch a character. Or can just stroke them to console.

I’m not saying that all cinema hall experiences are bad. It’s definitely worth experiencing to watch a commercial masala movie in a full house packed with people laughing and clapping and passing on comments. But there cinema doesn’t go beyond the level of being a medium for entertainment.